Build by CraneWorks of Texas 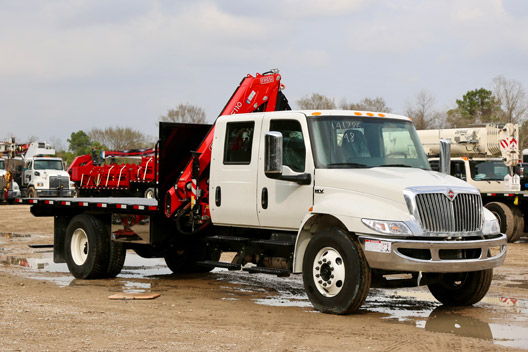 Fassi at the National Museum of Industrial History 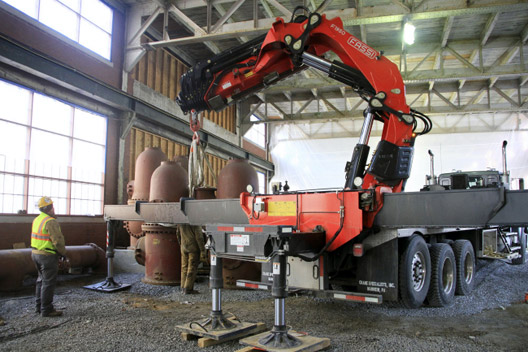 The National Museum of Industrial History in Bethlehem, Pa, employed a Fassi F1950 to maneuver and secure a 115-ton Snow Horizontal Cross Compound Pumping Engine onto a concrete base in the museum. The pump was originally in operation at the York Water Company in York, Pa, from 1914 to 1956. The engine was so large that it took five trucks to move it from Lancaster, Pa to Bethlehem, said Mike Piersa, museum historian and exhibit manager. The museum had to pour 78 cubic yards of concrete for the foundation of the engine, and used the F1950 to lift the engine from the trucks and place it on the foundation. The museum is scheduled to open in 2016. (Photo courtesy of The National Museum of Industrial History) 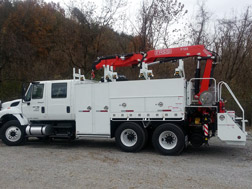 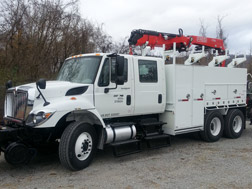 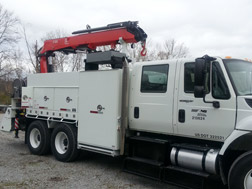 Congratulations to Norfolk Southern on their purchase of their first Fassi F135A.2.23! Job well done by Cherokee Truck Equipment with the install and stability testing! Thanks to all involved! 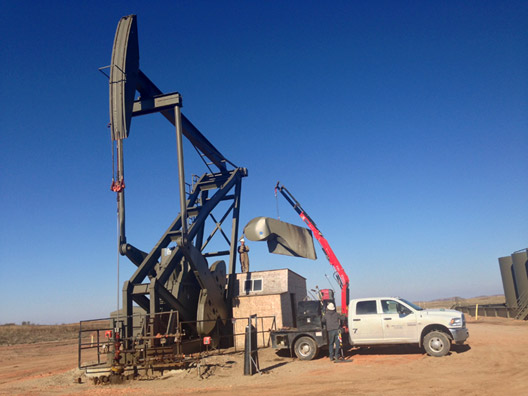 This photo shows a roustabout crew from Baker Consulting using their truck mounted Fassi crane to remove a damaged belt-guard from a pumpjack on a wellsite in western North Dakota.

Tim Huggins, Engineering Manager of Fascan International, Inc. did a great job with this design for Fassi dealer RMS Westminster in Westminster, Maryland and the end-user will be very happy with the results. The truck was very stable at 360 degrees while lifting a forklift weighing 10,000 lbs.

Fascan customized two articulating cranes to help lift rebar and materials to each floor under construction at One World Trade Center. Read the entire article at ForConstructionPros.com:

Fassi is pleased to welcome yet another long-time Palfinger user to the family.

Superior service and support by Fassi and Fassi dealer Crane Sales, Inc., has helped a precast concrete supplier in the Midwest select the right Fassi crane for the moving of heavy precast units, delivered it before it was promised, and made sure installation and training was done smoothly and efficiently. The newly-added Fassi F450BXP.23 is the company's 4th unit, and according to the company's owner, it will not be the last.

Crane Sales, Inc. has more than 50 years experience in doing quality crane installations, including two Fassi F110.23s on a 600-foot gasoline tanker in the Great Lakes to support fuel transfer to other vessels.